Production of the Zulfiqar MBT began in sometime between 1996 and 1999.

The Zulfiqar main battle tank has a torsion bar suspension that resembles the suspension on the American M48 and M60 tanks. There are seven pairs of road wheels and five pairs of track return rollers. The idler is in the front and the drive sprocket is in the rear. 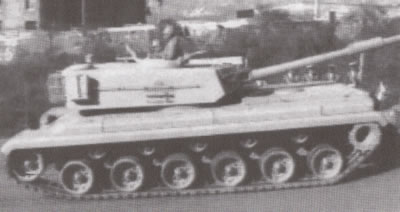 It is believed that the Zulfiqar contains some components of America’s
A 4.92 inch (125mm) smoothbore gun is the Zulfiqar’s primary weapon.

The Zulfiqar uses the T-72’s automatic loader, so the crew is reduced to three men – driver, commander and gunner.

The Zulfiqar main battle tank has a computerized fire control system, a fire detection and suppression system, night vision equipment and an NBC system. It can be fitted with explosive reactive armor.