The LK II light tank was Germany’s upgraded version of the LK II.

Like the LK I, the LK II only existed as a prototype.

One variant of the LK II was supposed to have a traversing turret with two 0.312 inch (7.92 mm) handguns, but this version was never built.

Two prototypes of the LK II that had guns were produced. However, a planned production run of 580 tanks was cancelled when the Armistice was declared in November 1918. 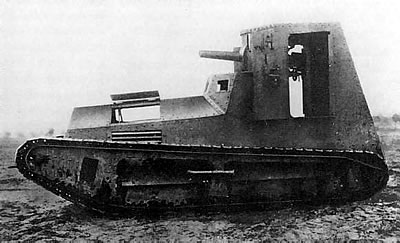 The blueprints for the LK1 were given to Sweden. The Swedish used them in 1921 for the creation of the Strv M/21.