Evolution of the Light Tank

The term “military tank” conjures up images of huge vehicles trampling over everything in their paths. In fact, Allied Forces won the very first tank battle, which took place during World War I at the Battle of the  Somme, partly because German forces panicked at the site of 28 ton British Mark I Heavy Tanks.

However, as we know very well today, in a world of miniphones and microchips, bigger isn’t always better. What the early heavy tanks provided in terms of size, they lacked in terms of speed and agility. Smaller tanks were better suited for quickly moving through enemy lines and performing reconnaissance roles.

France’s Renault FT17, weighing less than 7 tons, was the basis for many other countries’ early light tank designs. First deployed in World War I, the FT 17 was designed for en masse attacks, with large numbers swarming upon the enemy.

With the interwar period, the tankette came into play.  At less than two tons, Britain’s Carden-Lloyd Mark VI tankette was built for reconnaissance.  Italy and the Soviet Union designed tankettes based on the Carden-Lloyd Mark VI. The combat car was developed for the US cavalry during this time. Basically a light tank, the combat car was the army’s way of getting around a rule preventing the cavalry from using tanks. 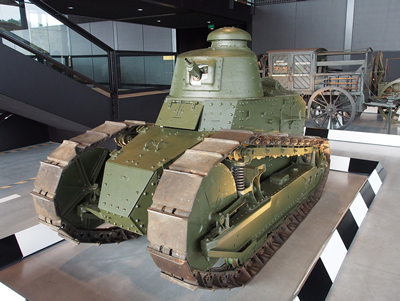 During World War II, the emphasis was on heavier tanks, with armored cars taking over light tanks’ reconnaissance duties.  The Soviet Union was an exception, with its T-70 light tank playing a significant role in reconnaissance and infantry support.  The Soviets liked the T-70 because it was easy to produce in large numbers. Japan also developed light tanks for use in the jungle.

The Cold War and the Rise of the Main Battle Tank

With the Cold War came the main battle tank (MBT). This was a tank that combined the armor and firepower of a heavy tank with the speed and agility of a main battle tank.
The availability of the MBT meant that there was less need for light tanks, so their production declined.

The US Army retired its light tanks and armored vehicles in the 1990s, without replacing them. However, it is now seeking a lightweight armored combat vehicle, the Mobile Protected Firepower (MPF) vehicle. As David Dopp, MPF project lead told the official US army website, “I don’t want to say it’s a light tank, but it’s kind of like a light tank.”

Weighing between 25 and 35 tons, the MPF could have a 105mm gun. It would be used to help infantry with forcible entry and breaching operations. Light enough so that two vehicles could be carried on one C-17 cargo plane and transferred to a combat zone, it would assist paratroopers who now fight off enemy armored vehicles with shoulder-launched missiles. The US army is concerned that if Russia were to invade the Baltic nations, US anti-tank weaponry would not be sufficient to fight off armored Russian forces. 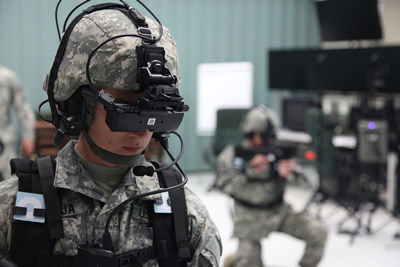 As it becomes easier for weapons to penetrate tank armor, while the need for combat vehicles that are less expensive and more mobile is increasing, DARPA is looking for new technologies that will provide both sufficient protection and mobility. It has developed the Ground X-Vehicle Technologies (GXV-T)  program in an attempt to meet the new challenges. GXV-T aims to improve US armored fighting vehicles by increasing their speed, size, weight and the types of terrain they can access while reducing the number of crew members needed to operate them. Its features would include semi-autonomous driver assistance, the automation of key crew functions and virtual reality, so crewmembers can “see” their surroundings from the safety of a closed cockpit.