The KV-2 was designed to break through fortifications. It had an enormous turret which carried a gigantic 5.98 inch howitzer.

Anti-concrete shells the size of garbage cans were fired from the howitzer. These shells were used to knock down pillboxes and bastions.

As a specialized version of the KV-1, the KV-2 played a role similar to that of the British Funnies. 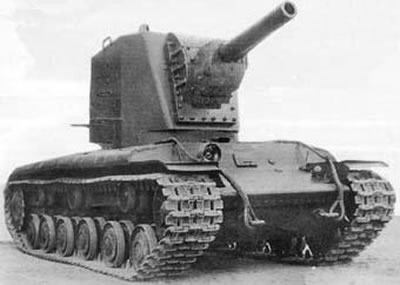 Because an extra hand was needed to operate the weapons, an additional crewmember stayed in the turret. This meant that the KV-2 had six crewmembers, while the KV-1 had five. 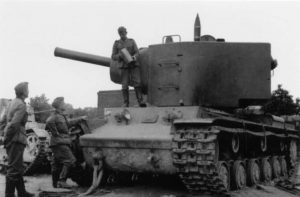 Even though it had a much heavier main gun, the KV-2 kept the same chassis and engine as the KV-1. This meant that it was even slower than the KV-1. 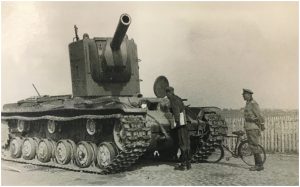 The Germans found that they could easily destroy the KV-2 by first aiming for its tracks, so that the tank could no longer move.