The JS-2 Heavy Tank, which was also known as the Victory Tank, was an upgraded version of the JS-1, with a larger main gun.

A 4.8 inch (122mm) main gun was fitted onto the JS-2, which had more powerful weaponry than any other tank when it first appeared. 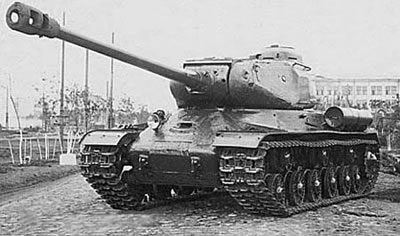 The JS-2 also had a smaller cupola than the JS-1 and its armor silhouette around the hull was different from that of the JS-1.

After the Soviets produced the JS-2, they went on to produce an even more advanced version of the JS series, the JS-3.