The Carro Armato M11/39 was the first of the Italian medium tanks. Its design was a progression from the design of lighter tanks.

There were two 0.315 inch (8mm) Breda machine guns in a manually operated turret that was offset to the left.

The M11/39 had a sprung bogie suspension that performed well, as well as a good diesel engine.

However, it had very thin riveted armor, and so was no match for the British tanks it encountered in Libya in 1940. 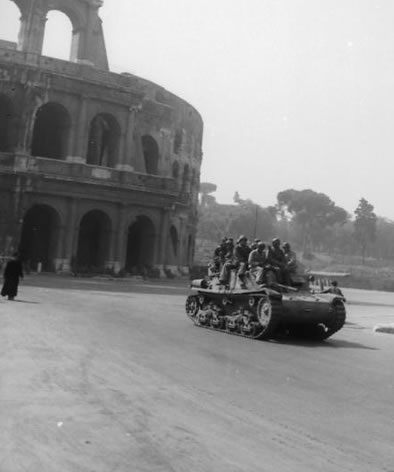 While many M11/39s were knocked out, some were taken. These were used by Australians in 1941 in the North African desert.

The Carro Armato M11/39 did not remain in service for very long.