Although the Maus Super Heavy Tank was larger than the Jagdtiger heavy tank destroyer, the Maus never went into full production and never saw combat.

Few Jagdtigers were ever built – only about 75 altogether.  Production took place from July 1944 through March 1945. 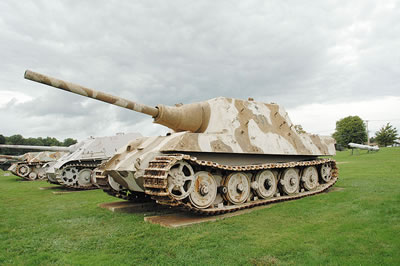 The Jagdtiger was used at Ardennes, at Remagen Bridge and in Operation North Wind.