The Jagdpanther was designed to be an improvement over the Elefant, which was really only effective at close range. 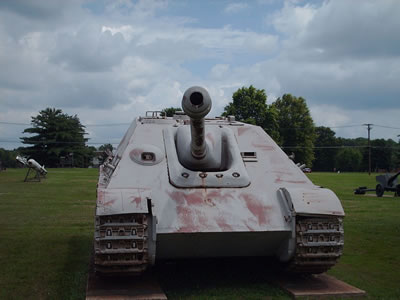 A prototype of the Jagdpanther heavy tank destroyer was built in 1943. Between January 1944 and March 1945, about 400 Jadgpanthers were built.

The Jagdpanther saw action in Normandy, during the Battle of the Bulge and during Operation North Wind.