Germany’s Elefant/Ferdinand Heavy Tank Destroyer was an excellent tank when it came to destroying other tanks at long range, but it wasn’t very useful as an assault gun.

The 64-ton Ferdinand, which was named after Ferdinand Porsche, who designed it, was not very effective at Kursk, when almost all of these heavy tank destroyers were defeated by Soviet tank-killers.

Adding a Maschinengewehr 34 (MG34) machine gun to the tank helped to improve its assault capability, but it remained mostly effective as a long range weapon.  There is a story about an Elefant knocking out a Soviet T-34 from 3 miles (4.82 miles) away. 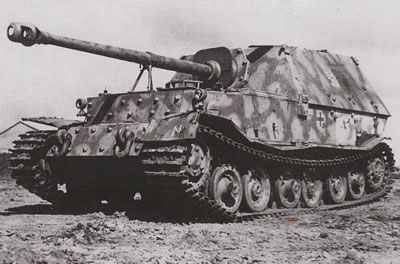 About half of the Ferdinands also had cupolas for the commander added to them.