The A27M Cruiser Tank Mark VIII Cromwell was fitted with a 600 horsepower V12 Rolls-Royce Meteor engine, which made it the fastest, most reliable Cruiser tank in existence at the time it was built.

In other respects, it resembled the Cavalier and the Centaur.

From 1944 to 1945, the Cromwell and the American Sherman M4 were the main equipment of British armored divisions.

After it entered service, the Cavalier was used more than any other British cruiser tank in World War II. 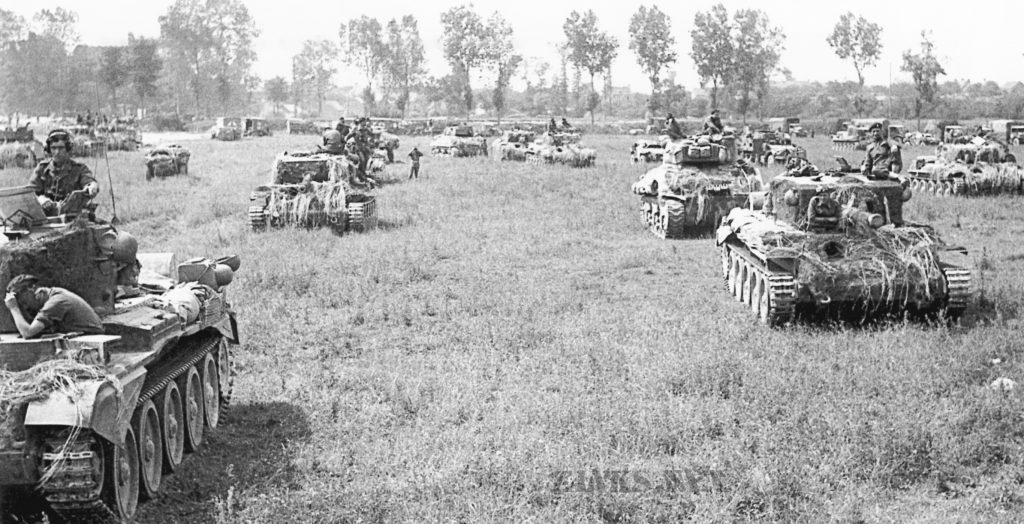 The Cromwell was made with an inner skin and had an outer layer of armor that was bolted on. Riveting was replaced with an all-welded construction process when later models were manufactured.  This made mass production easier. 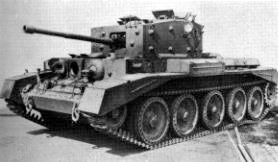 The hull and turret of the A27M were box-shaped.

The tank crews of the 7th Armoured division were equipped with Cromwells.  They often found this tank to be useless against the armor and firepower of Germany’s Panther and Tiger tanks. 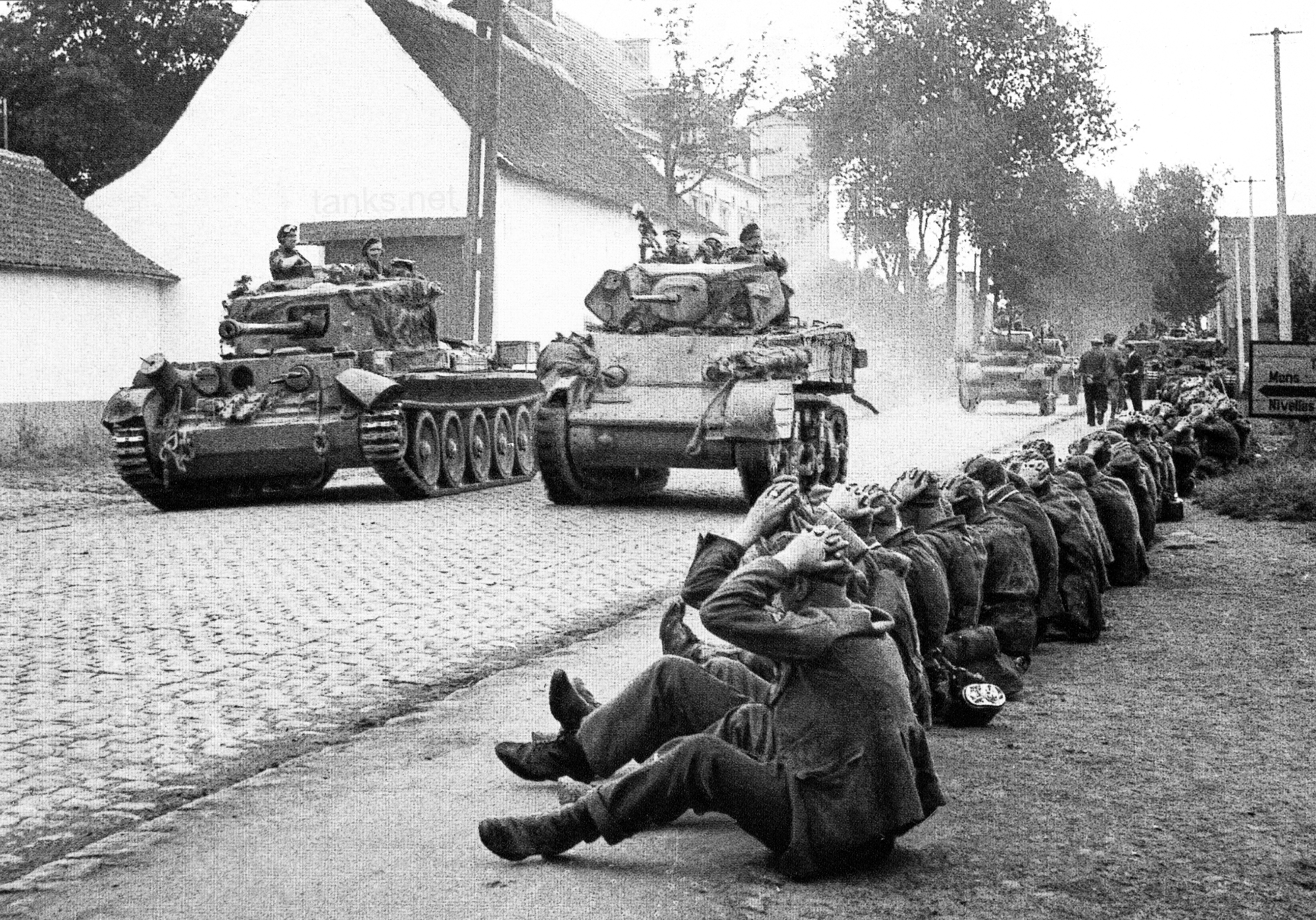 Because the hull of the Cromwell was so narrow, guns could not be upgraded without an extensive redesign, which did not occur until after the war was over.

The A27M performed better outside of Normandy’s bocage country, when battles between individual tanks became less important than speed.

Some Cromwells were fitted with wider tracks.

A number of Cromwells were adapted for special uses, including: