The Type 56 anti-tank grenade launcher is a straightforward copy of the Russian RPG-2.

It is almost obsolete, but may be held as war stock for use against lightly armored vehicles. 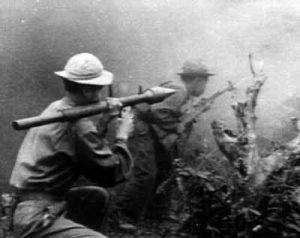