A two man crew operates the Type 51 RCL, one man loading and one man firing.

The Type 51 RCL can be dissembled into two parts for portability. When assembled, it is 5 feet (1.53m) long. It is usually carried on an APC, along with crew and spare ammunition 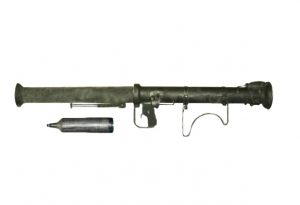 The Type 51 RCL is officially obsolete.  However, it is still used by some Far Eastern countries.