The RL-83 Blindicide is a shoulder-fired rocket launcher that was developed for the Belgian army.

Although the Belgian army has declared it obsolete, it is still being used by the armies of other countries – African armies in particular. 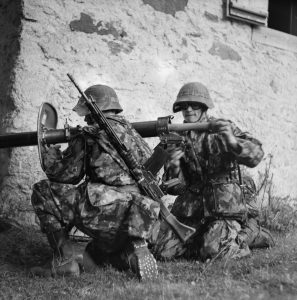