The M40A1, which is an American design, is currently being used by the Austrian army.

There are two versions of the M40A1 recoilless rifle.  One is mounted on a vehicle with a special mounting that gives it a full 360 degree firing circle.

The other version is towed.

The M40A1 is said to fire at a rate of five rounds per minute. However, it is doubtful that these would be accurate shots. 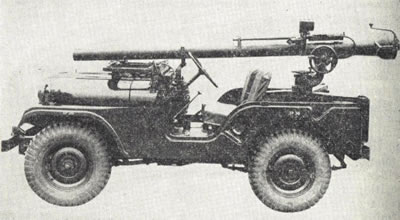 Its traveling weight is 485lbs (220kg), so can be carried by a four man crew if necessary.