The M5 light tank was based on an experimental model of the M3A3, which was powered by twin Cadillac automobile engines. 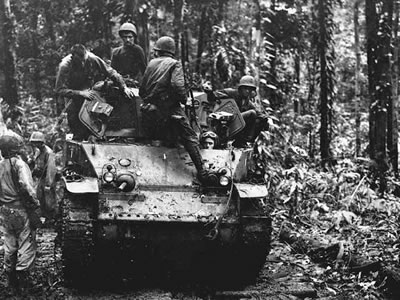 In the M5, the rear deck was raised so that the two Cadillac engines would fit inside the tank.

The first M5 light tank was built in March 1942. It was officially known as the Stuart VI by the British. It shared the nickname Honey with the light tanks in the M3 series.

There was no M4 light tank – only the M3 and the M5. It was decided that the M4 light tank designation would be skipped so that there would be no confusion with the M4 Sherman medium tank, which was being built at the same time.