During World War II, the Allies used the M4 Sherman medium tank more than any other tank.

The US built more than 49,000 Sherman tanks during World War II. This amounted to more than half of America’s tank production, and to the combined output of Germany and Great Britain.

In early 1941, a prototype of the Sherman, which was designated Medium Tank T6, was built at the Aberdeen Proving Ground near Aberdeen, Maryland.  Another pilot model was constructed at the Rock Island Arsenal in Illinois at around the same time.

A standard version of the M4 medium tank was agreed upon, and the Sherman was put into service on September 5, 1941.

A tank factory near Detroit had to be built from the ground up in only three months in order to finish the first tank. 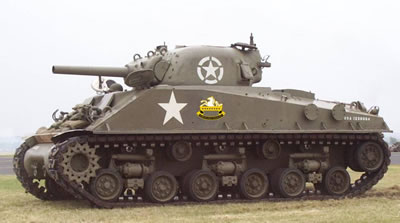 The M4 had the same basic chassis as the M3 medium tank, with a front drive, a rear engine and a vertical volute spring suspension.

Unlike the M3, which had its main gun in a side sponson, the M4 Sherman medium tank had a turret with full rotation.  This meant that the tank needed only five crewmembers, rather than the six that were carried by the General Lee. The crew of the Sherman consisted of the commander, gunner and loader/radio operator in the turret; as well as the driver and hull gunner/co-driver in the hull. 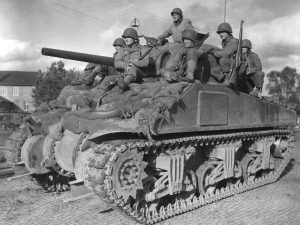 In October 1942, in North Africa, the British 8th Army became the first to use the Sherman

American troops first used it in Tunisia at the beginning of December in 1942.

The Sherman was easy to maneuver on most types of terrain. However, it caught fire easily when enemy shells hit it. This caused the Allies to call it the “Ronson Lighter” and the Germans to nickname it the “Tommy Cooker”. 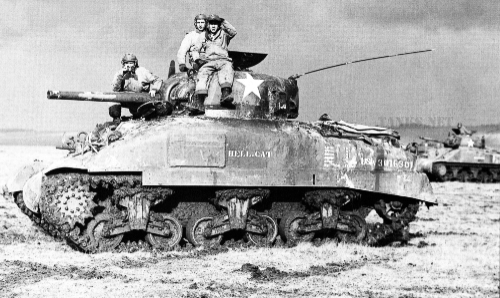 Because of the M4’s propensity to catch fire,  four more models, which had new 2.99 inch (76mm) guns, had their ammunition stored in racks, located below the turret,  which were protected with water and glycerin. This system of storing ammunition was known as “wet stowage.”

To provide even more protection from fire, appliqué armor and sandbags were also added.

Another model of the M4, with the nickname Jumbo, was an assault model with heavy armor.

While the Sherman originally used an air-cooled R-975 Continental aircraft engine, there was a shortage of this type of engine, so four other types of engine also had to be used.  These included Chrysler’s multi-bank 30-cylinder gasoline engine. Some M4s were powered by gasoline, while others used diesel. 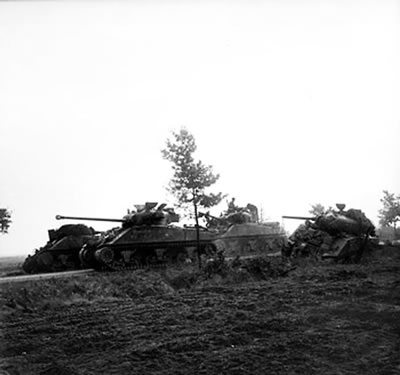 There were many specialized version of the Sherman medium tank. During the D-Day landings, a flotation screen was added to convert it into a swimming tank. The Sherman was also used as a flamethrower, a mine clearer, a bridge carrier, a personnel carrier, an anti-aircraft gun, a self-propelled gun, a dozer, a tank recovery vehicle, a beach recovery vehicle, a tank destroyer and a rocket platform. 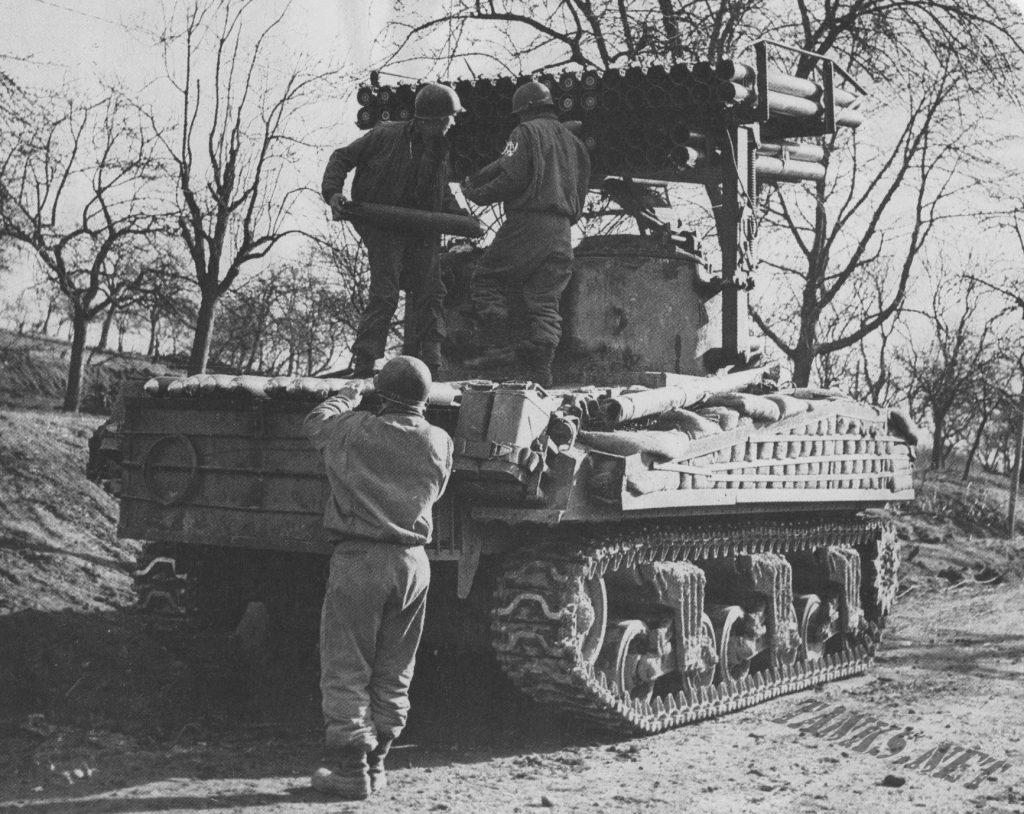 One version of the Sherman had a 17 pounder gun that was developed by the British, who called this model the Firefly.

After World War II ended, many armies around the world continued to use the Sherman tank.

It was particularly useful to the Israelis, who upgraded its main armament, its armor and its engine.

WW2 Inflatable Decoy Vehicles
Various type of vehicles were recreated in wood and inflatable rubber to fool enemy planes from the sky. They were cheap to make and could be easily deployed in fields or roads to distract bombers and fighter attack aircraft from hitting real targets hidden elsewhere. Below is an image of an inflatable  M4 Sherman decoy tank, which may look a little ridiculous close up but from a few thousand feet in the air its profile looked like that of the real thing. 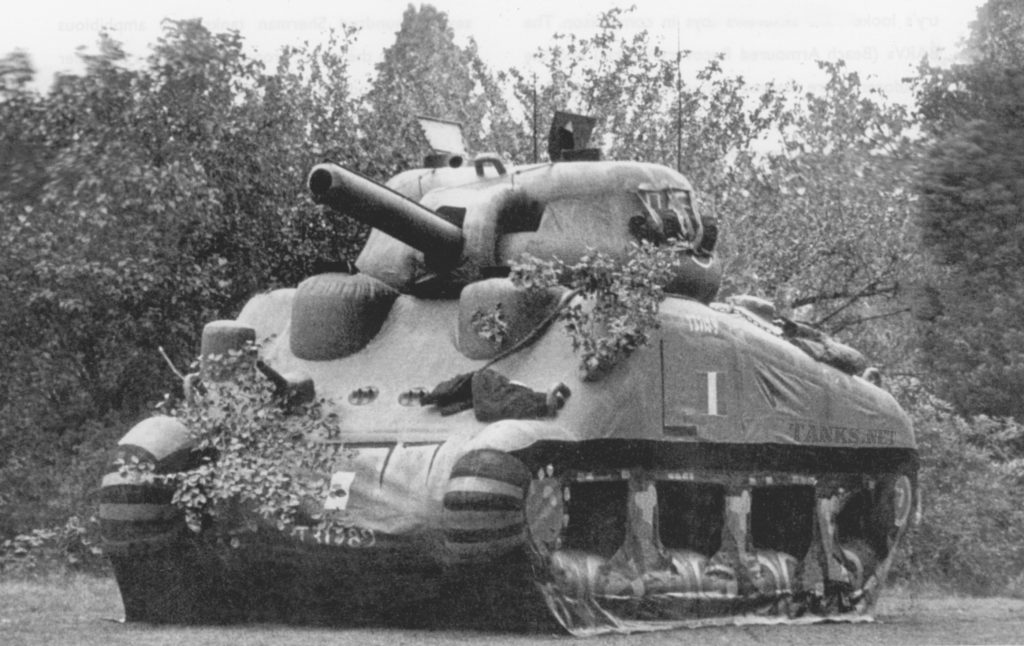 And here is a WW2 inflatable decoy army truck for comparison: 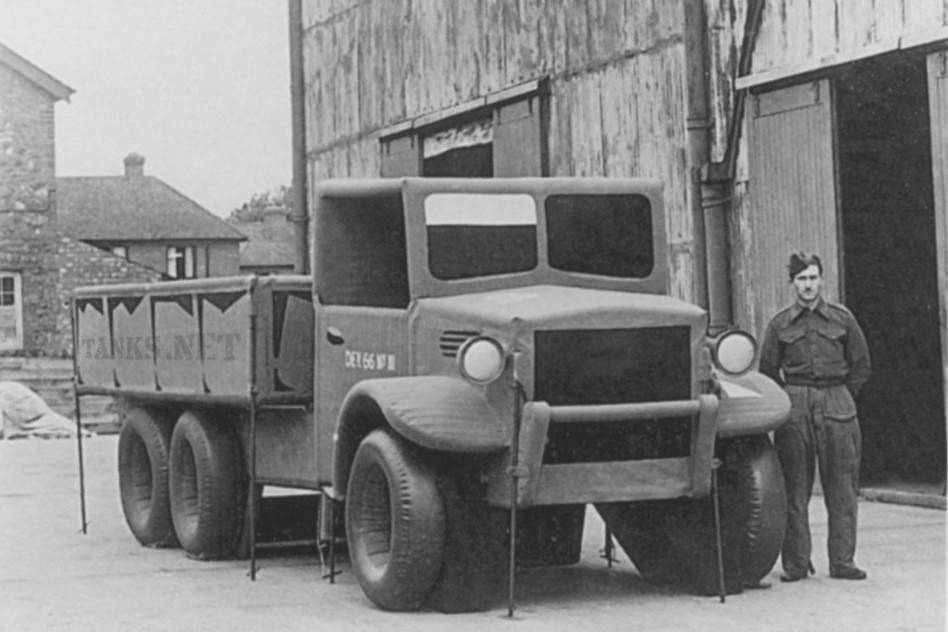