The M18 Hellcat tank destroyer was fast and light. It could reach a speed of 55 miles per hour (89 kph) and weighed less than 18 tons.

The Hellcat was very active in Italy and Northwest Europe. It was extremely effective, and knocked out many enemy tanks.

However, the M18 was much lighter and much quicker than the M10. 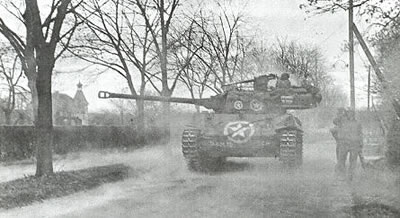 The Hellcat’s turret was redesigned, giving it a lower silhouette.